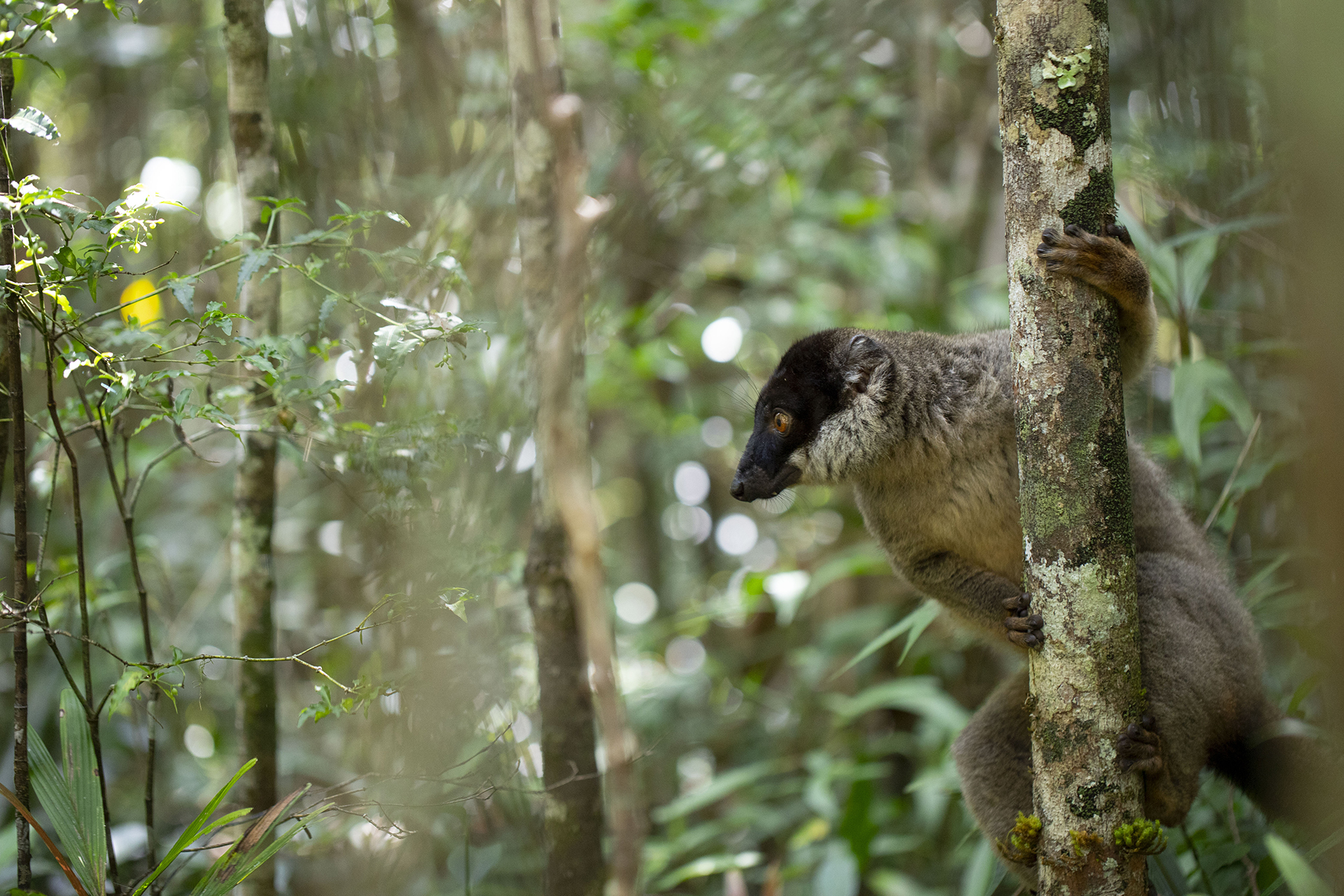 By
Liz Bourgault, Kevin Faragher, Andry Rasamuel and Lucienne Wilmé
Posted on May 30, 2019
Subscribe to the
GFW newsletter

By
Liz Bourgault, Kevin Faragher, Andry Rasamuel and Lucienne Wilmé
Posted on May 30, 2019
Subscribe to the
GFW newsletter

To the outside eye Madagascar is an island known for majestic baobab trees, quality vanilla and charismatic Lemurs leaping through the trees. However, the forests of Madagascar also represent a complex and biodiverse landscape that encompasses not only nature, but also the 26 million people of the island. WRI Madagascar has been working to protect this landscape for the past three years through a variety of local and regional projects. In February, a team representing Global Forest Watch (GFW) visited the WRI office in Antananarivo, using the opportunity to better understand how GFW tools could be used to support forest monitoring and protection work throughout this singular landscape.

An ecosystem unlike any other

The forests of Madagascar are unique. The island has both humid tropical forests that get over 400 centimeters of rainfall per year to the east, and dry tropical forests and thickets to the southwest that receive less than 50 centimeters. The diversity of vegetation types and an old geological history give Madagascar a distinct community of species that can only be found there. Some 80 percent of Madagascar’s endemic biodiversity is encountered in forests. They provide a home for amphibians, reptiles, birds, lemurs, giant jumping rats and other species that live nowhere else but here. 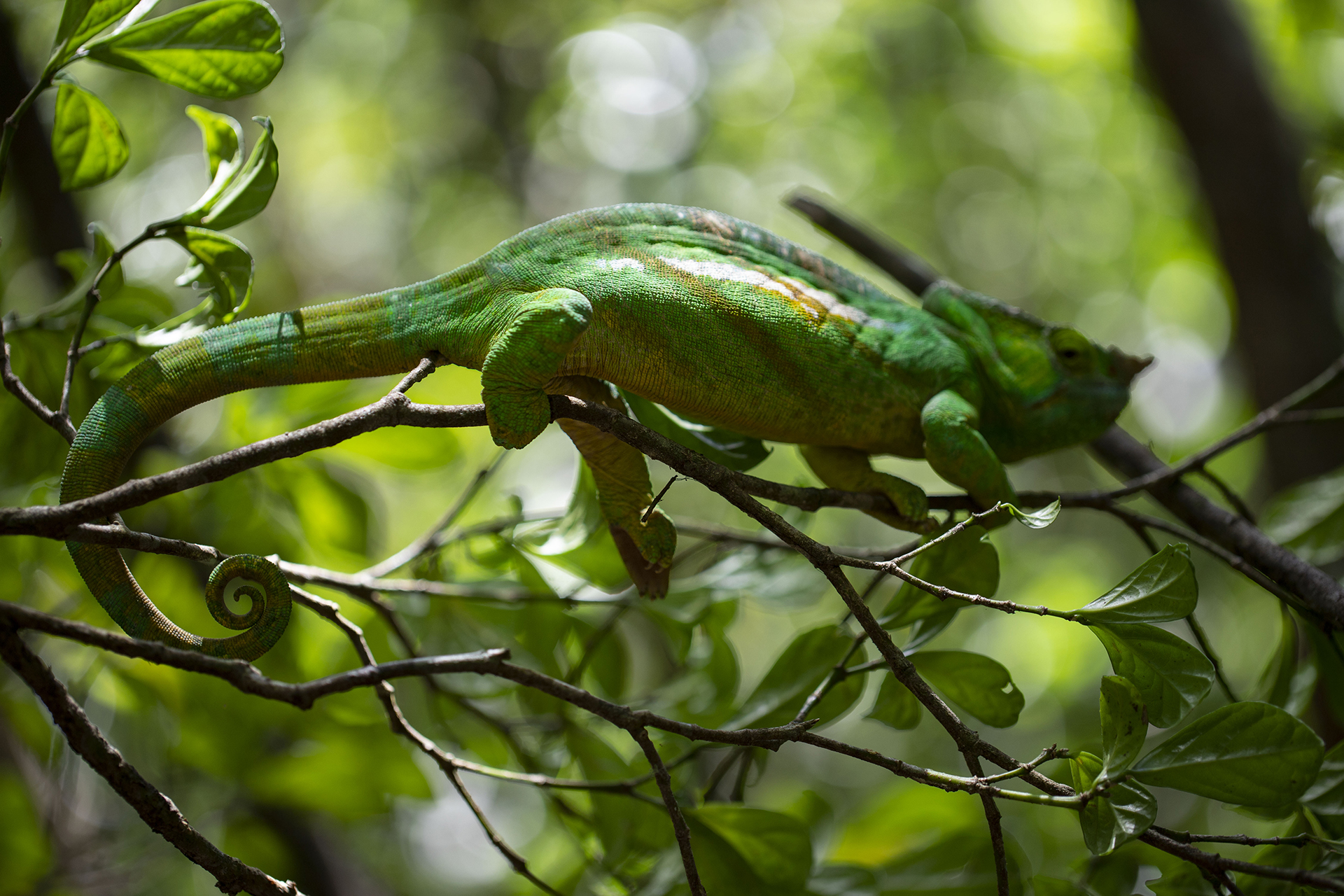 But this grand diversity of plants, animals and landscapes is under threat from slash and burn agriculture that has swept across the country’s forests. In the west, this practice has left the giant orphaned baobabs as the only trees towering above a landscape of maize or bare soils. In Madagascar, 80 percent of the population lives in rural areas and 20 million people work in agriculture. As that population expands the pressure on forests increases, presenting a complicated dilemma— how can these inimitable forests be conserved, while also allowing the people of Madagascar to continue their livelihoods?

While WRI’s Madagascar office has already used other GFW tools in their work, the team from DC was there to test the potential use of Forest Watcher, a mobile app designed to put both GLAD deforestation alerts and near-real-time fire data into the hands of forest monitors working in the field.

Because of the dual nature of Madagascar’s forests, the methods of deforestation differ in the east and the west. In the dry forests, slash and burn mostly starts in the understory, followed by maize cultivation. After the first harvest, the larger trees are cut and soon after they are set on fire. In the humid eastern forests, slash and burn cuts obvious swaths of trees and farmers may wait months before setting the wood on fire.

This means no single technological solution will work for the whole island: GLAD alerts may aid in detecting the large clearings in the east but may not be as quick to recognize clearing in the west. Though fires alerts should provide useful information across both coasts, they may be more timely in one forest versus the other. These varying conditions are why it’s essential to explore Forest Watcher’s potential in the field, testing out the ways in which it can enable quick reactions to emerging clearings.  By offering both types of alert, along with other contextual data, Forest Watcher can provide support to those monitoring both the humid eastern forests and the dry western ones.

Forest Watcher in the field

Some organizations in Madagascar have already adopted the use of Forest Watcher. Durrell Wildlife Conservation Trust conducts patrols of protected areas in the Menabe region, using smartphones to aid their work. As part of GFW’s visit, the team met with Durrell in Andasibe, near Mantadia National Park, to see Forest Watcher at work in the field. The group hiked out to investigate several GLAD alerts that were scattered around the border of Mantadia National Park. Although they were able to get close to the clearings, the thick underbrush prevented them from traveling the last few hundred feet. In order to confirm the presence of the clearings, the team flew a drone up and over the canopy for a better look. As February is mid-rainy season, many of the clearings were older, created during the dry season, but evidence of clearing for agriculture was apparent.

Forest Watcher was recently updated to improve and refine features. Users can now export reports from the phone while offline, making the app more useful for those who are offline for extended periods of time, facilitating more seamless fieldwork. The new and improved app was presented to the Madagascar Ministry of Environment and Sustainable Development during a press conference. The minister, Alexandre Georget, expressed his enthusiasm for the app’s potential in Madagascar.

“We have this opportunity from WRI, who is putting tools in our hands,” Georget said. “We can take advantage of this.”