Blog home/Data and Research/How Scientists Used Lasers, Satellites and Planes to Map One of Indonesia’s Biggest Sources of Emissions
Search the GFW Blog 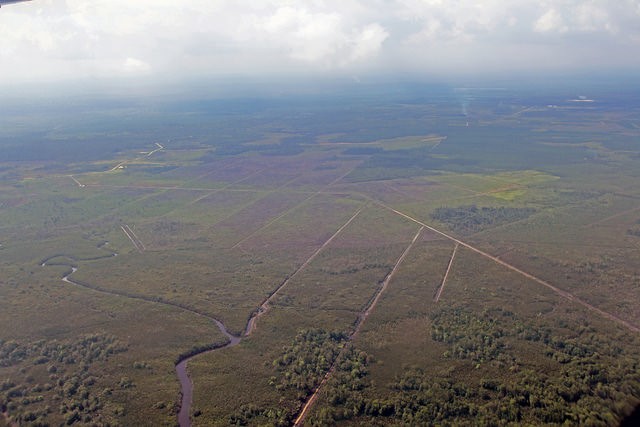 By
Katie Lyons
Posted on October 1, 2018
Subscribe to the
GFW newsletter

How Scientists Used Lasers, Satellites and Planes to Map One of Indonesia’s Biggest Sources of Emissions

By
Katie Lyons
Posted on October 1, 2018
Subscribe to the
GFW newsletter

Twenty years ago, Dr. Florian Siegert, a German-trained biologist, was conducting ecology research in Borneo when a series of fires blazed across Indonesia. The Asian Forest Fires of 1997-1998 burned thousands of miles of rainforest, creating a haze and air quality disaster that caused $5-6 billion in economic losses and endangered the long-term health of 70 million people.

The rampant spread of the fires through the vast tropical rainforest struck Siegert. Why were these fires happening, and why were they so aggressive?

Seeking answers to those questions led Siegert to where he is today, the winner of a $1 million prize for mapping Indonesia’s peat, boggy lands composed of decaying organic matter. It’s just the latest achievement in a long career exploring peat, an often overlooked yet vitally important ecosystem in the global battle to fight climate change.

As Siegert and his team studied the 1997-1998 fires, it became clear that rainforests in places like Borneo and Sumatra grow on peat, and there were still vast layers of peatland had not yet been burned.

“Peatlands at that time were basically uninhabited – strange ecosystems with acidic water and many endemic plants,” Siegert recalled. “We wanted to find out more about the ecology of this ecosystem and how it was formed.”

Knowing just how thick these unburned layers of peat were was now critical to understanding how much carbon remained within the peat—and how much damage it would cause if it were to burn. 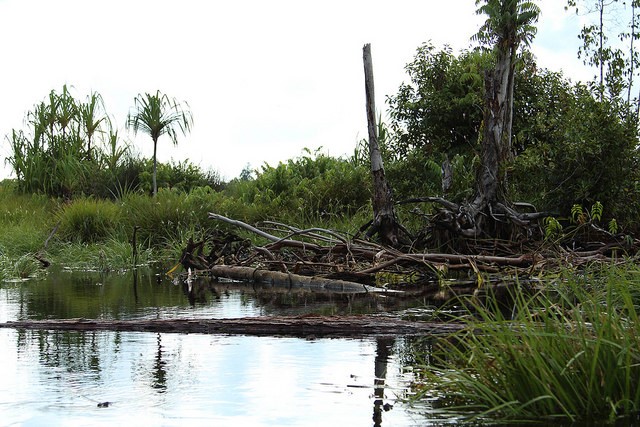 Siegert and researchers began collecting field data in collaboration with Indonesian and European universities, resulting in more than 10 years of concerted research on the specific properties of peat swamps and why exactly they burn. “We started to drill holes in peat swamps to see how thick the layer was and did analysis of the biomass materials to get an understanding of how exactly it was formed,” Siegert explained.

Indonesia’s record-breaking 2015 fire season demonstrated how important this research continues to be today. Half of the fires burned on peatland, igniting a carbon bomb that catapulted the country from the world’s sixth-largest emitter to its fourth-largest. Global pressure for Indonesia to protect and restore its peatlands increased.

Without a precise understanding of the location, type, extent and depth of Indonesia’s peat, though, this task would be nearly impossible. In response, the Indonesian Geospatial Information Agency (BIG) opened the Indonesian Peat Prize contest. The team that came up with the best way to map peat would be awarded a $1 million prize—and their contribution would form the basis for Indonesia’s national action on peat.

When Siegert heard about the Peat Prize, he began hand-selecting a team of partners he’d worked with over the last 15 years.

The team’s diverse experts would have to address both parts of mapping peatlands: distribution and topography. 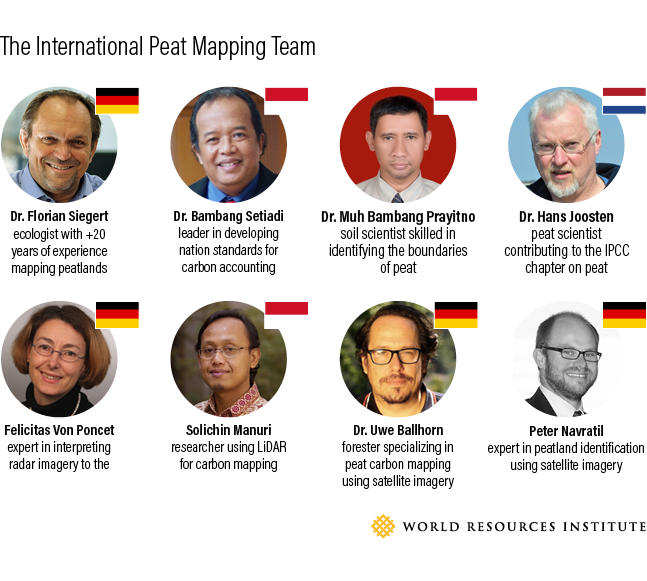 The first step towards assessing peat distribution was to identify already burned or degraded peat no longer recognizable as peat swamp in recent satellite imagery. To do this, the team used historic Landsat satellite imagery dating back to the 1970s, which enabled them to view peat swamp forest distribution and how it changed over time. Using more recent, higher-resolution Sentinel-2 satellite imagery, the team could identify additional characteristics typical for peatland such as drainage canals  and double-check information gathered from Landsat. 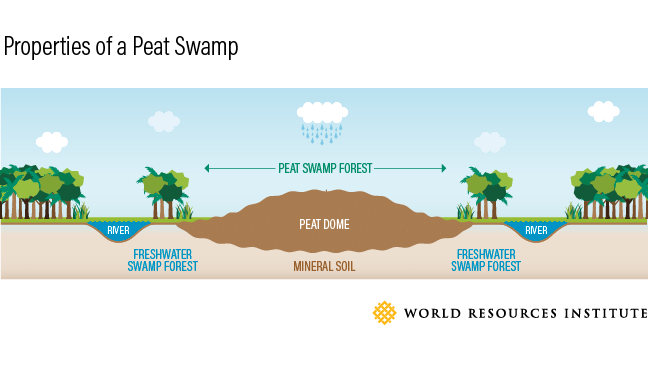 With a better understanding of the peat’s distribution, they moved on to determine the thickness of peat locations—a process also accomplished in two steps. Peat is characteristically formed in dome-like structures; you can guess how much peat there is by mapping the topography of the domes in the landscape. Satellite images taken from the Airbus WorldDEM provided a first look at how tall each peat dome might be. The team then innovatively used LiDAR—which works as sonar does with sound, but with lasers—to create a very detailed topography and digital 3D representation of selected areas. (Flying LiDAR light beam instruments from airplanes cost more than any other part of the peat mapping process, but the team maximized its efficiency by only using this method to cross-check select areas of the topography map produced by WorldDEM.)

Finally, the team hired locals who lived nearby these peat areas to drill several dozens of holes into the soil. They examined each hole to see how deep the peat went—a kind of fact-check for the satellite-based work that could be efficiently replicated by Indonesians across the country. 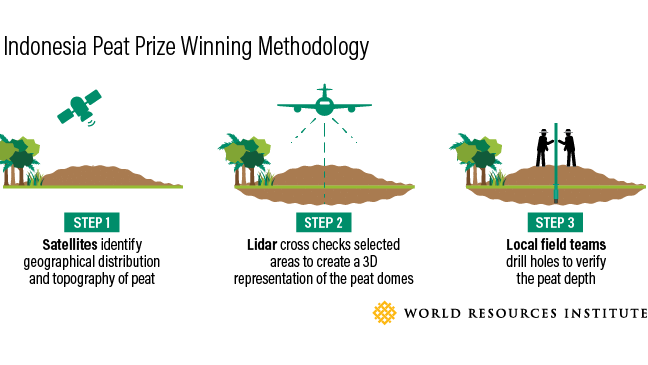 This combination proved to be the most accurate, efficient and affordable submission in the Indonesian Peat Prize content, and the International Peat Mapping team won the $1 million prize. The Indonesian government will now use the team’s methodology—as well as select elements of other submissions, including a helicopter-based frame for measuring peat thickness with electromagnetic waves—as the standard for mapping the entire country’s peatlands.

The Potential for Peat Restoration

After paying back the investment made by Remote Sensing Solutions, his 15-person company that funded the initiative, Siegert plans to apply the winnings to do research on peat restoration. He also intends to enhance academic cooperation among universities to develop a “peat thesis” program that deals specifically with restoration of peat. Finally, Siegert says he’ll also work to expand this effort beyond Indonesia to explore the completely unknown—and luckily, undisturbed—peatlands in Africa.