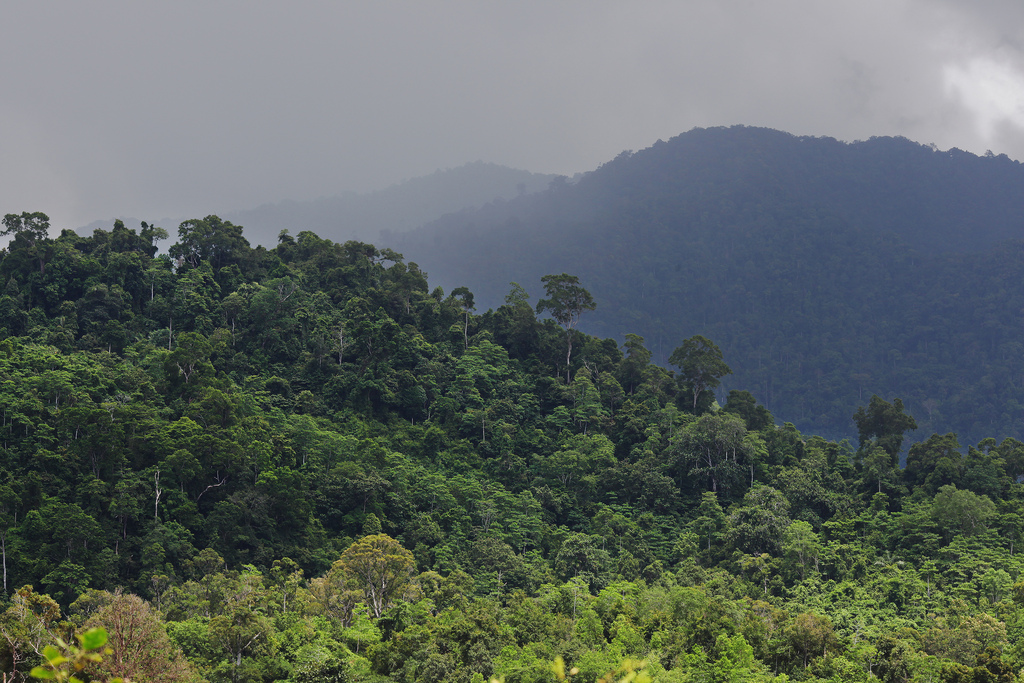 A new study in Science Advances found that since 2000, the total area of the world’s intact forest landscapes (IFLs)—vast swaths of unbroken wilderness that are largely unaffected by human activity—has decreased by 7.2 percent. This is troubling, since IFLs are a key component in mitigating global climate change. Here are three ways protecting IFLs can reduce the greenhouse gas emissions that drive climate change.

1. IFLs Account for Nearly 1/3 of All Carbon Stored in Trees

Analysis of Global Forest Watch data reveals that 29 percent of the carbon stored in trees across the world is concentrated within IFLs. Those in the tropics are particularly carbon-rich, accounting for 23 percent of the world’s tree-stored carbon, despite making up just 13 percent of the world’s total forest area. This is because these intact landscapes hold, on average, nearly three times more carbon per hectare than non-intact forests—areas that have been disturbed by development, logging or other human activity. All told, trees in IFLs hold about 10 years’ worth of all human-caused greenhouse gas emissions. Despite their outsized importance in carbon storage, tropical IFLs are shrinking fastest. Nearly 60 percent of the IFL reduction (due to deforestation, degradation and/or fragmentation) recorded between 2000 and 2013 occurred in tropical areas, where the rate of forest loss in IFLs tripled between 2001-03 and 2011-13. Because trees in these landscapes store significantly more carbon, their deforestation and degradation has a larger impact than other forests on global greenhouse gas emissions.

Industrial logging was found to be the leading cause of IFL reduction worldwide. Building new roads in intact forests, especially in the tropics, can lead to a cascade of land use changes and associated emissions. For example, selective removal of big trees (and the large quantities of carbon they store) leaves the remaining forest more susceptible to drought and fire. Roads can also increase access to these degraded forests, making them easier to clear for agriculture or industrial monoculture plantations, such as oil palm, which have lower carbon storage capacity. The result is a loss of almost all trees and declines in soil carbon, both of which increase emissions.

In addition to storing carbon accumulated over centuries, IFLs mitigate global temperature rise by absorbing around 20 percent of additional human-caused emissions each year. Deforesting and degrading IFLs spurs emissions in the short term and weakens the global carbon sink that keeps heat-trapping carbon dioxide out of the atmosphere. Intact tropical forests absorb as much carbon from the atmosphere each year as all other boreal and temperate forests combined. Old growth forests, like those within IFLs, were once thought to no longer accumulate more carbon than they release, but recent research proves they continue to be a carbon sink even into very old age. And because inch for inch (or centimeter for centimeter) of diameter growth, large trees accumulate more carbon than small trees, conserving old growth forests could lead to big returns for stabilizing the global climate. The Paris Agreement explicitly calls for countries to conserve and enhance carbon sinks and reservoirs as part of their commitment to mitigate climate change. Protecting IFLs would be one of the best ways that countries could achieve this goal.

3. IFLs Contain More than Half the Arctic’s Permafrost

Methane bubbles up from an Arctic boreal lake in Alaska. Source: NASA Goddard/YouTube

Average annual Arctic temperatures are rising fast, leading to accelerated thawing of permafrost. When permafrost melts, the carbon it holds is released into the atmosphere as methane, a greenhouse gas about 20 times more powerful than carbon dioxide. Emissions from permafrost thawing are not accounted for in current global prediction models, so we could be further from achieving global climate goals than we think. Trees within Arctic IFLs absorb enough carbon to make the region a net carbon sink. But continued IFL fragmentation due to fires, clear cutting and oil and gas exploration can expose more permafrost to warmer air that makes it thaw faster, releasing more methane. Protecting remaining IFLs from further human disturbance is essential to avoid turning the Arctic into a net carbon source.

Intact Forests and the Paris Agreement

To reach the Paris Agreement goal of reducing economy-wide emissions, countries around the world must, in part, better manage forests, and especially IFLs, to both reduce emissions and increase global sinks. Over the centuries, IFLs have accumulated vast amounts of carbon, and our climate mitigation efforts must take the same long-term approach towards their protection. Restoration efforts, though valuable, can only partially reverse the climate impacts caused by losing IFLs. Countries with intact forest landscapes should make conserving these vital resources a priority in the fight against climate change.